In keeping with the mission statement and objectives of the organization, the Trillium Hunter Jumper Association has divided the province into seven geographical zones. The main premise behind this decision was that competitors would not have to travel significant distances on a regular basis to be involved in the horse show circuit. They can show relatively locally, and complete their division in one day. This geographic division of the province has served the organization very well in that on any given weekend, there can be as many as seven Trillium Shows on!

The THJA board then holds the THJA AGM in March where the 14 directors elect a President, Vice President, Secretary and Treasurer to serve two year terms. An autumn meeting is also held annually in October to discuss the horse show schedules, and other pertinent issues. It is at this level that decisions are made about rule changes, championships show, membership and show standards. Any issues that arise at the zone level are brought forward to the THJA board of directors to be addressed. 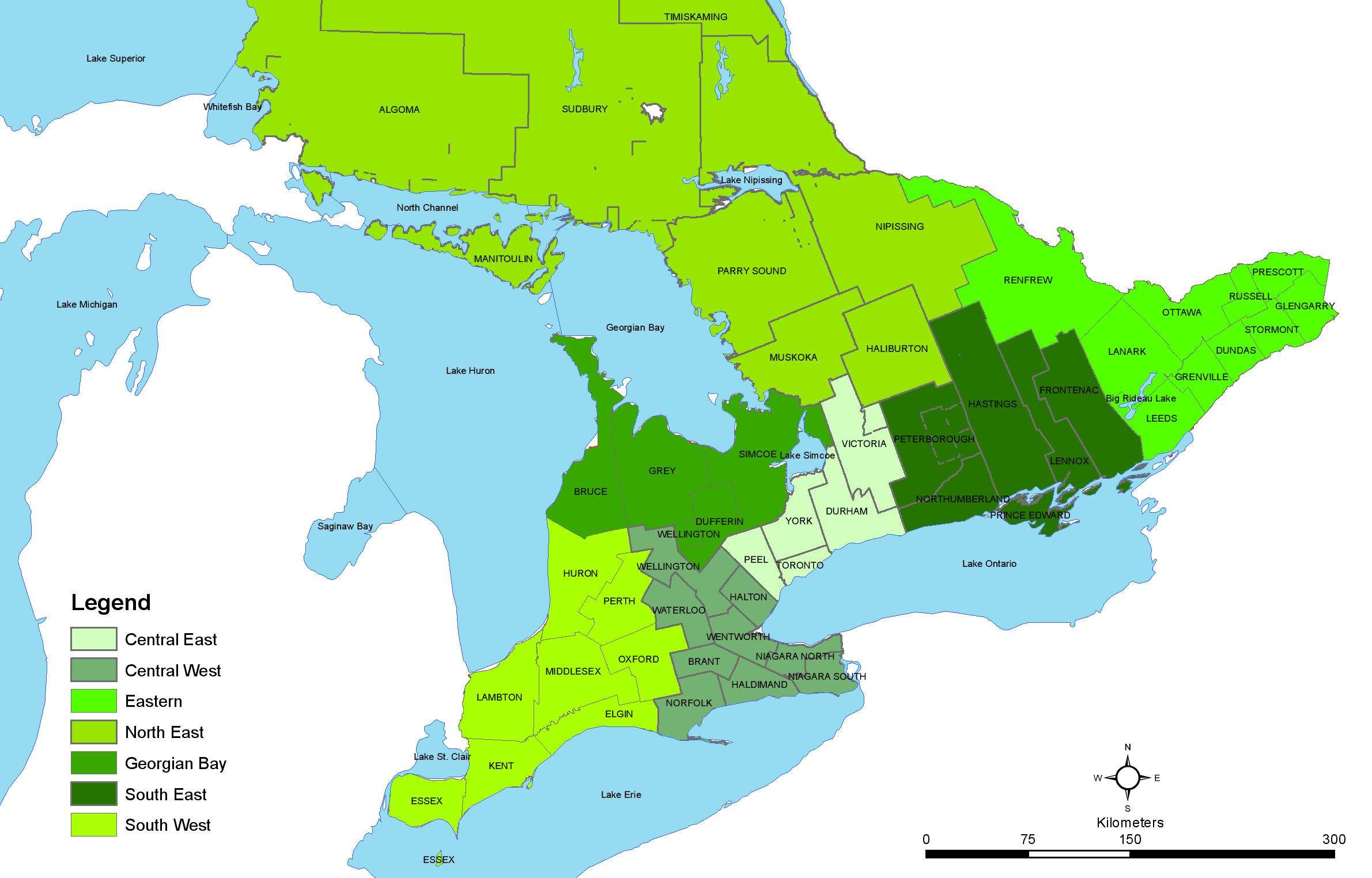 You can click the map for a full-size image.